Today was a pretty restful day. We slept in a bit, had pancakes, watched a movie and somehow ended up doing a few errands around lunchtime. One of those was the grocery store. I knew it would be bad, but I had no idea how bad. The parking lot itself was nightmarish: a quagmire of cars, little old ladies pushing wobbly overstuffed carts across the rainslicked pavement, toddlers screeching and running loose from their parents, tired looking men and women girding their loins for the battle inside. I looked at my husband and suggested he and the kids wait for me in the car. “Good idea,” piped my daughter. “In case we get crazy in there.”  Good idea indeed. 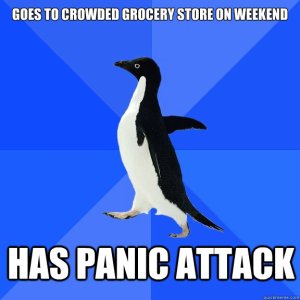 I’m sure that the parking lots of Trader Joe’s and Whole Foods (my new favorite places to shop, since I am trying to eat food that is more sustainable, locally grown, organic etc) can get crazy too, but this was Market Basket. “Where you get more for your Dollar.” While you can save (a lot of) money shopping there, it still has the atmosphere of an amazon jungle or African desert where creatures eat… or are eaten.

Since the goal today was the save a few dollars and we only needed a “few” things, I girded myself went inside with much trepidation. In place of the usual long line of carts there was an empty white wall. Not one single cart. No guy in a bright yellow vest shoving awkwardly at a huge stack of carts, wedging them and himself in the doorway. Not even the “fancy” motorized carts were available. This was not a good sign.

I managed to snag a cart near the front without resorting to bribery or thievery and snaked my way to the refrigerated section. I first had to pass towering stacks of Halloween candy which I managed to avoid, but did succumb to the Halloween Oreos. Dang. Faceless corporation and sneaky placement strategy: 1. Me: 0.

In the cold aisle I navigated the fake butters, squeeze cheeses, pre-made jello tubs; I scooted around large women, old men and crying babies.  I found my precious Stoneyfield yogurt and organic milk and was around corner one, only to face the madhouse of…the deli. I am not sure what makes the deli such a bottleneck (well, besides the anxious people with numbers, waiting to be called on so that they can then stare at the case and ponder out loud “How’s the Virginia Ham this week? Last week it was a little salty and had slime on it after three days…do you have provolone, or only swiss?”) but for some reason this deli is worse than purgatory. Seriously. You can feel people’s blood pressure rising with each boop of the number counter thingy. Lucky for me I did not have to wait forever only to be tormented by surly cashiers and lackluster youths past the point of pretending they cared if your half pound of Boar’s Head was sliced thin enough.

Past deli purgatory, I entered the grassland of giant bins: you know, the aisles (which are not big to begin with) that have overflowing bins of crap food.  “Wheat thins! 2 for $5!” “Pop Tarts! On Sale!” “Chewy Kids Snacks! All Natural!” I zoomed through, snagging pretzel sticks for the kids lunches and wound around corner two and came face to face with the baking aisle. Ah, my old nemesis. Here I scored a point for my careful spice selection, grabbed my dark brown sugar and organic whole wheat flour. Crappy supermarket: 1. Me: 1. 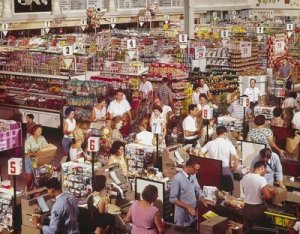 Around corner three I chose heart healthy pasta on sale (score), overlooked tomato sauce (since, not to brag, I canned a bunch of my own this summer) and picked a few bags of Joseph’s pita on the endcap. I had to list left as the woman in skinny jeans and flip flops took her time choosing canned soup; I shifted right when the man in his wife beater stopped dead center to scratch. I skipped corner four (mexican and asian) and made my way around corner five. Straight into the lion’s den of cereal. Crap. Faceless market: 3. Me: 2.

I breezed by health and beauty, paper goods, cleaning supplies and dog food. I made a quick pass through junk food hellhole and emerged victorious with only a package of Kashi seven grain crackers. Frozen mangos my trophy from the frozen aisles, I avoided the arguing mother/daughter combo, I steered clear of the man staring blankly at the wall of choices before him, cell phone to his ear and I even negotiated past the crazy lady muttering about prunes.

Produce  – the last horizon. All was well as I tossed in my  bananas, splurged on a pineapple, rejected Guatemalan blackberries (heavily sprayed with pesticides). I did get stuck facing the avocados, as a mother left her squirmy toddler in the cart in front of me to dash for a peck of apples and a twenty something with attitude double parked me in, but was feeling fairly peppy as I transitioned from the whole foods section into…the bakery. I should have held my breath and run to the checkout – which wasn’t that far since the lines snaked back four plus persons per lane. But I didn’t. Sneaky bloodthirsty cooperation: 4. Me: 3. Oh well, at least I got a fresh baked doughnut and saved a few bucks.

2 thoughts on “The Supermarket on Sunday” 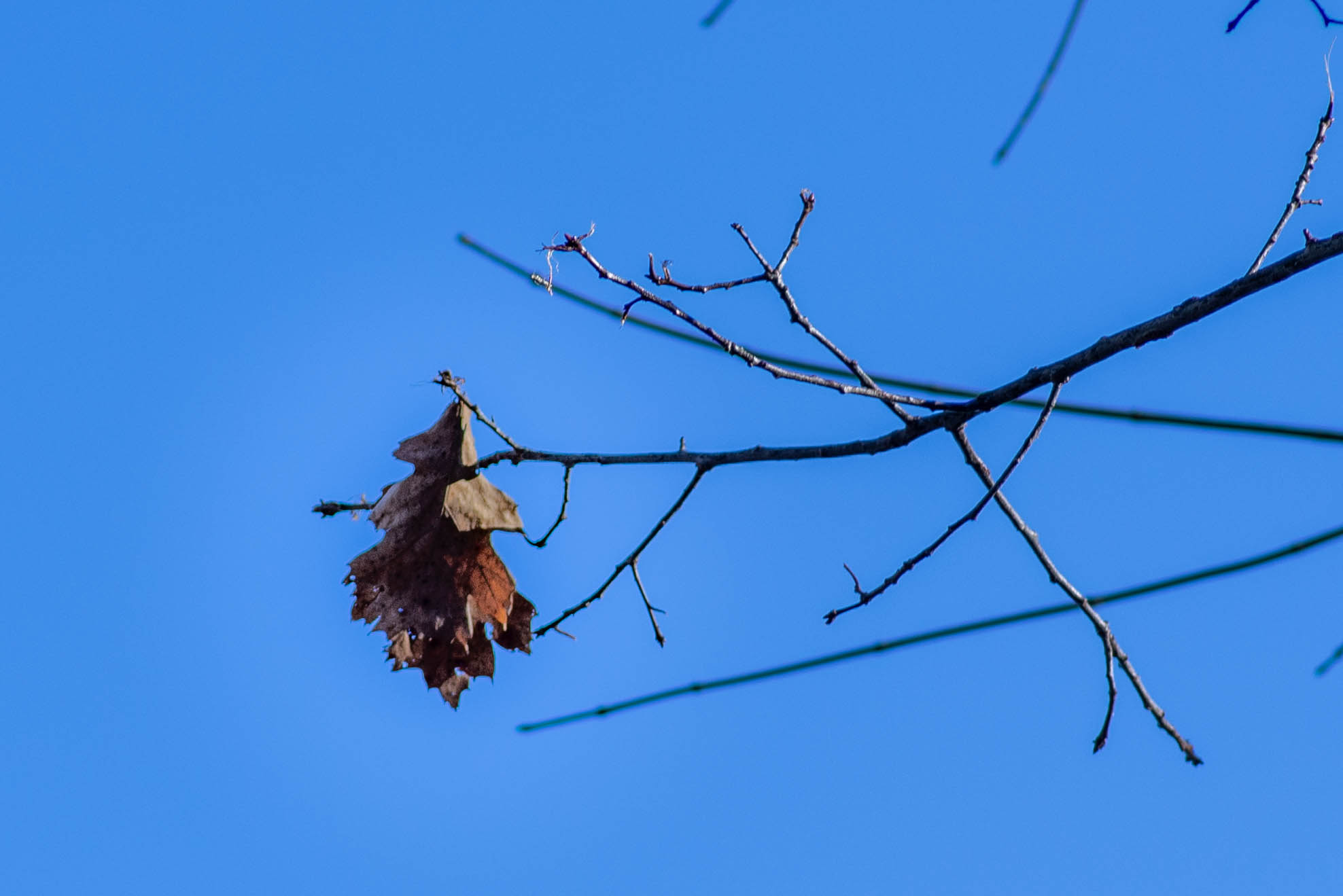